In this essay I do not want to express any personal opinion about the morality or the political effectiveness of justicialism. The aim of this essay is to analyse how did the concept and manifestation of “Justicialism” changed in the last 70 years, by giving a description of Juan Domingo Peron’s government and Néstor Kirchner's one, paying a particular attention on the way in which they affected Argentinian foreign policy and Argentinian strategy to insert itself into the world.
I will start by giving a series of different definitions of Peronism and justicialism, since we cannot deal with Peronism if we do not define what it is first. I will continue with a brief description of the history of Peron’s government, also referring to the internal situation (socio-economic factors) and to the international context (definition of a new international system after the end of the WW2) in which this particular regime developed, then I will focus on the way in which Peron affected Argentinian foreign policy. After that I will give a short description of the contexts in which other “Justicialist” governments took the power in Argentina, focusing on the figure of Néstor Kirchner in particular, and I will try to answer some questions like: “what did it make him a justicialist?”, “What part of the population supported him?”, “How did he change Argentinian foreign policy?” I will conclude by evidencing similarities and differences between Peron’s foreign policy and Kirchner’s one, and I will finally try to draw my own definition of Peronism.

The Free dictionary by Farlex [1] defines “Justicialism” as << a political doctrine and program of Peronism, which proposes an economic program based on the “tercera vía” (third way between capitalism and comunism), characterised by the protection of workers, social justice and charismatic dirigism >>. If we want to analyse it from an external point of view, also the definition of Justicialism given by the “Treccani enciclopedia” [2] can be useful: << doctrine and political praxis on which the government of the Argentine political man JD Perón(president of the Argentine Republic from 1946 to 1954 and from 1973 to the death) was founded, characterized by a declared equidistance between communism and capitalism, by active nationalism and by a program of social reforms combined with self-organization and corporate ideas >>. Given that these two definitions are quite similar one to the other, we must not forget that different and sometimes contradictory meaning are expressed in the name of Peronism and justicialism. From the prospective of the opponents, Peronism is an authoritarian ideology. Peron was often compared to fascist dictators and accused of demagoguery. The corporatist character of Peronism was attacked from socialists in particular, who accused its administration of preserving capitalistic exploitation and class division. Besides, conservatives rejected Peronist modernist ideology, while liberals condemned the Peron’s regime arbitrariness and dictatorial tendencies. On the other hand, defenders of Peronism believed it emulated the interests of masses and in particular those of the most vulnerable social strata. I have reported this series of definition in order to stress the fact that, under a liner definition of justicialism given by dictionaries, there is actually a concept that it is much more complex in its true meaning and manifestation which deserves a deeper historical and political analysis.

As long as the history of Peronism and of his founder, Juan Domingo Peron (1895-1974) is concerned, it is important to remind that Peron took the power in Argentina on 24 of February 1946 as Argentinian President. Before this date he had already played an important role in the “golpe” of GOU [3] (Grupo de Oficiales Unidos, 1943) against the civil government of Ramón S. Castillo, and he had already been “Assistant Secretary of wìWar” than “Minister of Labour” between 1943 and 1946. Neither the Argentine internal situation, nor the International context were in a phase of stability when Peron became president. After the Wall street crack of 1929, the Argentinian economy suffered of a serious crisis, causing a decline of the exportations which was also affected by the Great Britain closure to the importation of Argentinian goods. Even though the Roca-Runciman treaty [4] (commercial treaty between Argentina and Great Britain) was signed in 1933, the economic relationship between the two countries did never came back to the pre-crisis level: Argentina had lost one of his most important commercial partners. This economic instability was also reflected in the political situation: between 1930 and 1943 the period known as "La Década Infame" [5] took place. In addiction the International scenario had just been ravaged by six years of World War, and the International context was likely to change again, with two superpowers dividing the world into two parts. This new regime, born few days before Churchill’s speech about the “Iron curtain” and one year before Water Lippmann coined the expression “Cold War”, needed to find his own position in the world.

Even though Peron made soon clear that in case of a super-power's confrontation Argentina would have supported the Western block, Peron was really critical against US and immediately tried to find a third position for Argentinia in the new global scenario. So, after the first changes Peron promoted (as the dissolution of the labour Party integrated in the new Peronist party and the changing of the Argentinian constitution), the president began to move Argentina in the respect of the three pillars of “social justice”, “economic independence” and “political sovereignity” [6]. The pillar of social justice was implemented by the creation of social reforms (introduction of free education, paid vacation, free medical assistance for all workers, construction of workers’ recreation centres); the pillar of economic independence was respected by following a strict no-debt policy and thanks to the implementation of the ISI (Industrialización Sustitutiva de la Importacion) [7]. The pillar of political sovereignty is actually evident in Peron’s rejection of the outside world, isolation on a large scale, a persistent attack to the Northern Hemisphere countries and a vocation for the Third World. Actually Peron soon nationalized the foreign capital and required the Central Bank, the public services and the energetic sector to come under the control of the government. The Colonel also had close ties with Fidel Castro and Ernesto Che Guevara and decided to recognize the USSR government. At this time, it seemed that Argentina was finally reaching the status that would have make possible to unify under its guide the Latin and Catholic nations of America, fighting against both Soviet communism and statism and US liberalism. Nonetheless, it is also important to stress that Peron, in his firsts years as a President, was leading a country that for the first time in its history was in a position of net creditor [8], since the European countries during and immediately after the war had imported large amounts of goods (wheat and beef in particular) from Argentina. This situation continued until another change in the international context did not interrupted this phase of economic growth: with the implementation of the “Marshall Plan” (1948) the European countries started receiving goods from the US, so that there was no more space for the Argentinian exportations. The economic situation started deteriorating, so that Peron had to betray his anti-debt policy and asked the International Monetary Found for a loan. The political problems the government had in this period lead to the “Revolucion Libertadora” [9], that forced Peron to go into exile.

The years following the end of Peron’s government continued being periods of great instability, and after three coups d'état and a brief return of Peron (1973-74) the situation hit rock bottom with the instauration of the military dictatorship (1976-1983) [10]. Democratic elections just come back in 1983, and for the occasion the radical Raúl Alfonsín was elected President of the Argentinian Republic. Nonetheless, the “justicialist party” did not had to wait a lot in order to win new presidential election. Already in 1989 the justicialist Carlos Saúl Menem was elected president and he was re-elected in 1995. In May 2003 Néstor Kirchner became president and at the 2007 presidential elections, his wife, the justicialist Cristina Kirchner was elected and has continued to be president until 2015. We can easily find some common ground between these last justicialist governments and Peronist traditional policies. As an example, we could notice that one of the things Menem did in his fist mandate was to sign the “Asunción treaty” [11], the treaty with which the MERCOSUR (common market of South America, it includes Brazil, Argentina, Uruguay and Paraguay) was founded. The participation to this area could be seen as an expression of the traditional Peronist will to find an economical independence from the Northern hemisphere and to make Argentina a guide for the nations of South America. Besides, it could also be really interesting to see how many similarities are there between Néstor Kirchner’s government and Peron’s, so to observe how Kirchner’s action can be considered as perfectly coherent to some elements of the traditional justicialism. Primarily, Nestor Kirchner recived the majority of his support from the middle-class and from the lower middle-class. Secondly, a characteristics of Kirchner’s government was the strong criticism against the IMF and against the then US foreign policy [12], in that period directed by George Bush junior. In addiction in the analysis of Kirchner’s foreign policy, his alignment with important Latin America left wing representatives as Lula (Brazil), Chavez (Venezuela), Correa (Ecuador) and Castro (Cuba) cannot be disregarded. Together with these chairmen, Kirchner gave life to a project of economic and social development independent from any traditional powers (like he was looking for a “tercera vìa”). Kirchner also undertook to a greater commitment of Argentina in the peace-keeping operation under the UN mandate and he has also given a commitment to the worldwide promotion of human rights [13]. Last but not least, it is valuable that, as well as the role of Evita Peron (Peron’s wife) was extremely important for Peron’s regime, Cristina Kirchner played a first role in Argentinian politics, both during and after her husband’s presidency. 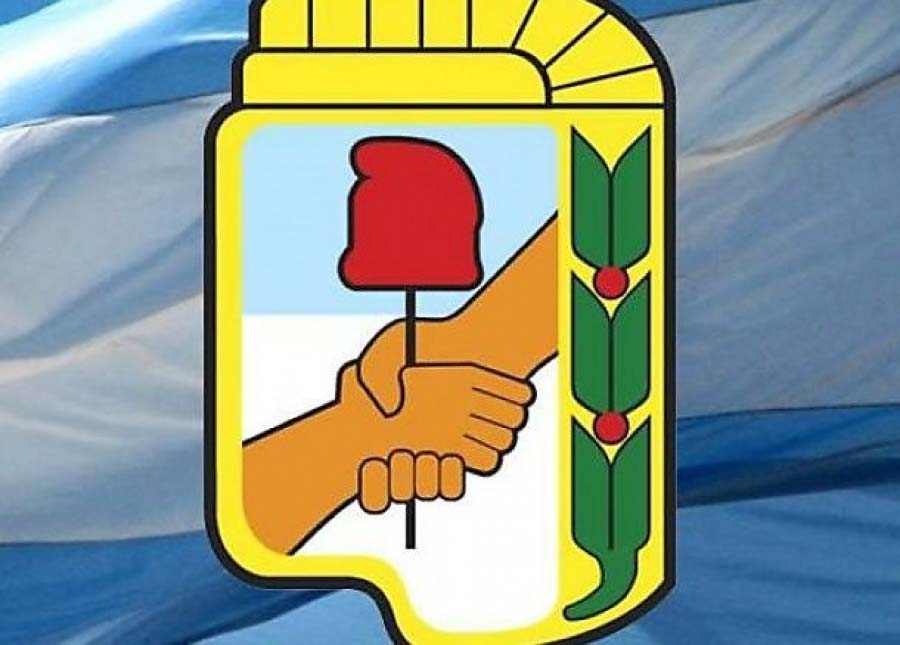 In conclusion it might be said that Justicialism, as well as any other political doctrine, has had to adapt itself to the social and historical context in which it took place. Actually there are some elements of it that cannot be properly defined as constants of this particular ideology like strong nationalism, dirigisme and an orthodox corporatism. These three elements together were, indeed, just present in Peron’s government and, in my opinion, they do not properly describe the whole phenomenon of justicialism in all its manifestations. Conversely, the ever green elements of justicialism, that define it as a docrtrine, seem to be the effort to make Argentina a leading country in the Latin American context, a departure from the influences of the Northern actors (US in particular) and the promotion and protection of social rights. Obviously, today still there are many supporters of justicialsim as well as there are many people criticising it, since the pros and cons this particular ideology brought in Argentina could be differently interpreted according to the subjective point of view of the individual. Anyhow it is out of discussion the fact that this doctrine deeply affected Argentinian history and way of insertion into the world in the last 70 years, so that if anyone wants to study or analyse any phenomenon concerning Argentina or Argentinian history, the role of justicialism cannot be ignored.